Getting Ready for Adoption 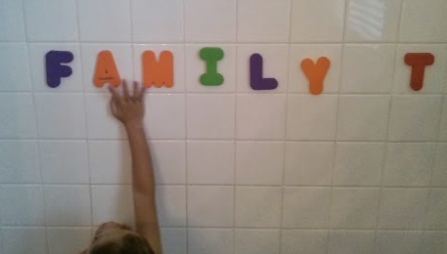 Zoe is getting ready for her little sister, or as she calls her, la hermanita.

“Mommy,” she said as we walked towards the pool of our community, “we need to buy floaties for la hermanita because she doesn’t know how to swim and she’s little.”

This summer we took off Zoe’s floaties and started swimming classes (again). We told her that big girls that are learning to swim don’t use floaties, but given that her little sister is “only” three, she can wear them.

As soon as our dossier was approved, I started making plans in my mind.

I would take a four month leave from work. That alone was exciting enough to keep me up at night. I’m blessed to have a job that I enjoy, where I work from home several times a week, travel no more than once a month (enough to break the routine and not too much to be exhausting), and my boss and colleagues are wonderful.

Having said that, staying home for a while, completely dedicated to my daughters, is a dream-come-true. My plans for those months included taking Zoe (and probably her little sister) to physical and occupational therapy, going to all the free activities for children, organizing playdates and signing the girls up for swimming and gymnastics. Also, going to the gym at least 3 times a week (they have a great children watch program at the local YMCA).

When our new daughter started day care, I would finally start working on my book about preemies.

I had read that it was not recommended to have relatives stay at your house right after the child arrived, because when the guest left, she could reason that mommy or daddy could also leave. That discarded the idea of having my parents over, so I figured I would travel with the girls to Buenos Aries before the end of my leave, to introduce my new daughter to relatives and friends.

I go to Buenos Aires with Zoe once a year for a couple of weeks. I take one week off and work the other week from the local office. The week that I’m working, Zoe goes to a small pre K in my parents’ neighborhood. She loves interacting with other children and comes home singing the traditional Argentinian songs. Perhaps our little one could join us so that she started to become familiar with the Argentine culture.

I was also thinking about a complete makeover of Zoe’s room. When we decided to adopt, we switched her bedroom to the rome where we had our home office, which is a larger and can accommodate two children. Zoe’s room is OK but I’ve never put much energy into making it really “wow”. Once we know the name of our new daughter, I would buy matching signs with their names. I also wanted to write “I love you”, “Te quiero” and “Je t’aime” on the wall. We speak English, Spanish and French at home, and it would be a great message for the girls.  I love walls with words!

After our dossier was approved by the Ecuadorian Committee, and the wait for a referral started, a friend who also adopted internationally recommended a couples of books. I borrowed “Parenting Your Internationally Adopted Child” by Patty Cogen, and couldn’t put it down.

There was so much I had to learn! When we prepared our home study, around a year ago, we took a 40-hour online training, that provided an overview of adoption from the adoptees perspective and presented many of the potential risks of adoption.

Until then, I had always thought of adoption from my perspective: a happy thing, essentially. However, adoption starts with loss and grief. That pain becomes a part of the child, and somehow it will become ours, also. I took the green notebook my sister bought for this purpose, and wrote down some ideas of things I would do to prepare for our new daughter, and decided I would get to that later.

As I read “Parenting Your Internationally Adopted Child”, I filled pages and pages of my green notebook.

I learned that the brain of a child who grows up in an institution is wired in a different way than that of a child raised with the stimulation and affection of a family, and that the coping mechanisms that they develop to survive in an orphanage don’t leave them completely. Ever.

I learned that it takes years for a child to feel “safe” at home, and that even after years of apparent stability, certain situations can trigger unexpected reactions.

I learned that situations that could seem normal to the untrained eye can be a red flag. For example, if an adopted child goes to sleep without ever complaining or crying, one could speculate that it’s because that’s the way they used to do it at the orphanage. In reality,  this behavior reveals that the child is compelety isolated from the parents, and that there is no attachment to them. If a child whines or cries or asks to sleep with the parents, it’s because he needs them. Whining is something to celebrate! (At least during the first stages).

I learned many techniques and exercises to build trust and to initiate a mother-daughter relationship. I learned how to help build the identity of an adopted child by embracing her past, her culture and her country’s traditions.

I joined online forums and blogs on adoption. I’m thankful to the families who share their experience. Like the ones who posted about how their children, who had been home for several years, were terribly sensitive to minor changes in their routine, and had serious melt downs when school ended, or when a neighbor moved. Other parents shared tactics that had worked with their children.

I learned that a stable routine without overstimulation was recommended for the first months and even years. A “normal” day at home was already more stimulation than most internationally adopted children could manage. A trip to the supermarket could be as overwhelming as a trip to Disney.

I learned that discipline techniques that might work for non-adopted children, such as “time-outs” might not work for adopted children. Even a “time-out” can be interpreted by the child as being abandoned, again. Instead parents can give them a “time-in,” which consists of staying with them in a quiet environment and soothing them until they calm down.

Suddenly the trip to Buenos Aires (with pre school included), the swimming and gymnastics classes, the whirpool of playdates and the drop off at the YMCA’s kids care, didn’t seem such a good idea.

A scripture came to my mind. Luke 14:28: “Suppose one of you wants to build a tower. Won’t you first sit down and estimate the cost to see if you have enough money to complete it?”

How important it is to walk into the new stages of our life with eyes wide open, aware of what could happen, even if eventually it does not.

We don’t know how our daughter will react to her new life, but today I’m thankful for the time to prepare my mind and my heart for our little one.

Mom of a 24 week beautiful girl who is now 5 years old. Love spending time with the family, reading and writing. In a nutshell... "Above all things guard your heart, for it is the wellspring of life." Proverbs 4:23
View all posts by Guadalupe →
This entry was posted in adoption, international adoption and tagged adoption from Ecuador, adoption from Latin America, books on adoption, challenges with adoption, Ecuador, motherhood, siblings and adoption. Bookmark the permalink.

1 Response to Getting Ready for Adoption